Nobody has contributed more to the sport of bodybuilding than Vince Gironda.

His relentless work ethic, vast knowledge of the human body, and a die-hard passion for the sport of bodybuilding put him at the forefront of the Golden Era, training more Mr. Olympia’s and Mr. America’s than anyone else in history.

A genius rebel who innovated new training techniques and promoted a low-carb diet decades before Keto became popular, Vince also made enemies, and often clashed with other “gurus” who considered his methods a little too unorthodox for his time.

In this article, we take a closer look at Vince Gironda, exploring his motivations, his methods, and his wisdom to better understand why he earned the nickname, the Iron Guru.

The Kid from the Bronx

Gironda was born in 1917 on the 9th of November in Bronx, New York. When he was seven years old, Vince moved to California with his family, where his father worked as a stuntman.

Vince grew up in a healthy environment, enjoying gymnastics, horse riding, and performing all kinds of vigorous sports. He was inspired to lift weights at twenty-two after seeing a picture of John Grimek — an American bodybuilder of the 30s and 40s with nicknames like “The Monarch of Muscledom” and “The Glow.”

This led Vince to train at the Hollywood YMCA, and then later became an instructor at the Easton Brothers Fitness Center. It was during this time that Vince fell in love with bodybuilding, and most importantly, learning the science behind building the perfect physique. After nine years of training, Vince moved to North Hollywood in 1948 to open his now famous Vince’s Gym.

Vince standing in front of his North Hollywood Gym

During this time, there were only two hardcore bodybuilding gyms in America; Sig Klein’s in New York and Jack LaLanne’s in San Francisco.

When movie executives caught wind of Vince’s methods for churning out world-class champion bodybuilders, they started sending their movie stars to train with him, in hopes that Vince could transform their leading actors into ripped and toned action stars.

Arnold Schwarzeneggar – who won the Mr. Universe title at age 20… and went on to win the Mr. Olympia contest SEVEN times — posing at Vince’s Gym.

Vince’s reputation spread among the bodybuilding community and fitness world, and he was nicknamed “The Iron Guru” by a magazine and photo editor Denie Walter.

Vince attributed his amazing development to hard training and proper nutrition—especially nutrition. In fact, he said many times that bodybuilding is 80% nutrition and 20% exercise. 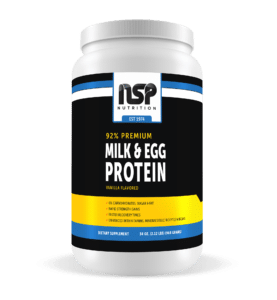 One of the first bodybuilders to realize the importance of proper diet and food supplements, Vince experimented with nearly every form of diet and supplement in existence. His knowledge was so great, he was often consulted by doctors for special dietary procedures.

Vince was the father of low-carb dieting, saying that a diet rich in proteins and fats are the best way to reproduce natural testosterone and steroid-like effects without using drugs.

He’s also been known to consume three dozen fertile hen-eggs a day, including raw unpasteurized cream. The large amounts of fertile eggs, he claimed, was measured to the anabolic effect that the drug Dianabol would give.

Vince believed in building muscle where it counts rather than just by following the basics to gain bulk. Incredibly, Vince redesigned many physiques and even gave experienced bodybuilders a whole new suit of muscles.

Bodybuilders, gym owners, and some well-known trainers have frequently scoffed at—or simply ignored—Vince Gironda’s bodybuilding methods. However, for the most part, his harshest critics have neither taken the time to understand his philosophies nor give them an honest evaluation.

Over the years, Gironda came up with numerous training techniques that showed proven results in many of his clients. Although he was a controversial character with new ideas, his methods seemed to work — training more bodybuilding champions than anyone in history.

Vince had a successful bout of competitions throughout 1949 all the way to 1962.

He placed in the top-three in many of his competitions such as the 1952 AAU Mr. America where he placed 2nd, and his final showing in 1962 Mr. Universe where he also placed 2nd.

Vince Gironda wasn’t only a teacher, he was also a world-class competitor.

Apart from being a personal trainer, gym owner and renowned guru of fitness, Vince also wrote for fitness magazines and supplement companies. He also created his own mail-order company which included his own training and nutrition manuals.

Gironda also published a book with the collaboration of another big name in the fitness and magazine world. The book was titled “Unleashing The Wild Physique“. It consisted of Gironda’s wealth of knowledge over his many years of training and coaching others. He then went on to give talks and seminars around the country which quickly sold out.

The End of an Era

Gironda also struggled to keep up with the business when his son Guy became unwell. Looking after Guy took all of Gironda’s energy and led to the closure of his beloved gym. The gym closed in November 1995.

We are hardcore students of Vince Gironda.

Through this site, we intend to pass down everything Vince learned about fitness and nutrition… so we can continue to strive towards our biggest dreams of strength and vitality.

Nutrition and exercise aren’t the only things we can learn from Gironda. Following his hard working attitude and strict approach to training, and in life, can make dreams into a reality.

No matter how different or controversial people thought he was, he’s shown everyone dreams are obtainable and a better life can be created with the right amount of hard work and patience.

1941 – Entered the first physique contest in the state held in the State of California placing 6th.

1960 – Placed second in the sport of his avocation caber tossing at the Scottish Highland Games.

1966 – Made a guest appearance at the IFBB Mr. Western

America contest. At top shape he was considered, at fifty years of age to be the most outstanding guest poser.

1960’s – 1990’s – Vince continued to train and exert a potent force on young champions from around the world, and amazed many doctors with his record healing time of a broken leg, due to his superior health and knowledge of nutrition.

Previous story :How to Sculpt Your Body Like a Bodybuilder and Avoid Weightlifting Injuries

How do you build more muscle in the shortest time possible?  This is the intent of A Muscle Has Four Sides by Vince Gironda, a book that provides a complete exercise plan, nutrition plan, and workout tempo aimed specifically to get the fastest gains possible in the shortest amount of time.  The secret to this […]
Saving Bookmark this article Bookmarked

What is Cholesterol? Cholesterol belongs to a group of fats referred to as Sterols. Sterols are found in all fats and oils, especially animal fat like eggs, egg yolk, liver, kidney, brain, fish oil and oysters. It is also found to a lesser degree in meat, whole milk, cream cheese and butter.  Cholesterol is NOT […]
Saving Bookmark this article Bookmarked

Vince was known as The Iron Guru for a reason. Not only did he produce the first Mr Olympia champion in the late Larry Scott, but he was the trainer to the stars ! Vince Gironda was recruited by Hollywood executives keen to ensure their leading actors and actresses were lean on film. Vince’s list of […]
Saving Bookmark this article Bookmarked

Vince Gironda was well known for his belief in supplementing the diet of the bodybuilder, simply because during modern times, over farming stripped the nutrients from the natural foods that we eat and that were supposed to provide these nutrients. The fact that nutrient content of food is decreasing has detrimental effect on our health, […]
Saving Bookmark this article Bookmarked

There’s a big difference between a bodybuilder and a weightlifter. A bodybuilder sculpts the body to make each and every muscle standout.  Using Vince Gironda’s workout methods, you can attack all four sides of the muscles to create shape, definition, and aesthetics.  A weightlifter on the other hand, aims to maximize how many weights he […]
Saving Bookmark this article Bookmarked

A lost art from the Golden Era of Bodybuilding was this concept of “body sculpting”… where a man could envision a physique and enter the gym to work the exact muscles that sculpt his ideal body.  In the history of bodybuilding, there has been no greater body sculptor than the legendary Vince Gironda, who could […]
Saving Bookmark this article Bookmarked
Next

Leave a comment Cancel
Comments to: Who is Vince Gironda?
Cancel reply